Stephen Grosz says in his book The Examined Life: How We Lose and Find Ourselves, “People don’t change because they are frightened. They change because they are haunted.” In other words, teaching you scary information won’t make you change your behaviour. But sharing stories may make you choose to act differently. This is important because the best tool to change a person’s behaviour is by having a profound experience, and a close second is through experience transfer, which is what occurs when we engage in a great story.
Table of Contents 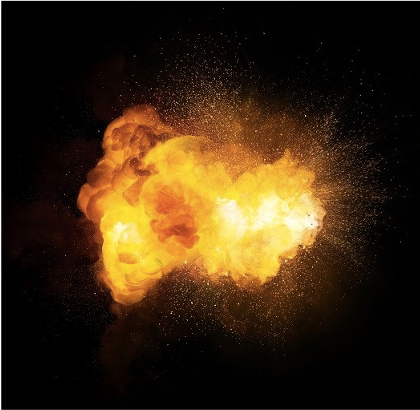 Keep reading if you want to create positive behavioural change! We will be talking about ideas for some parts of every company, including:
You are about to learn how Experience Transfer can: 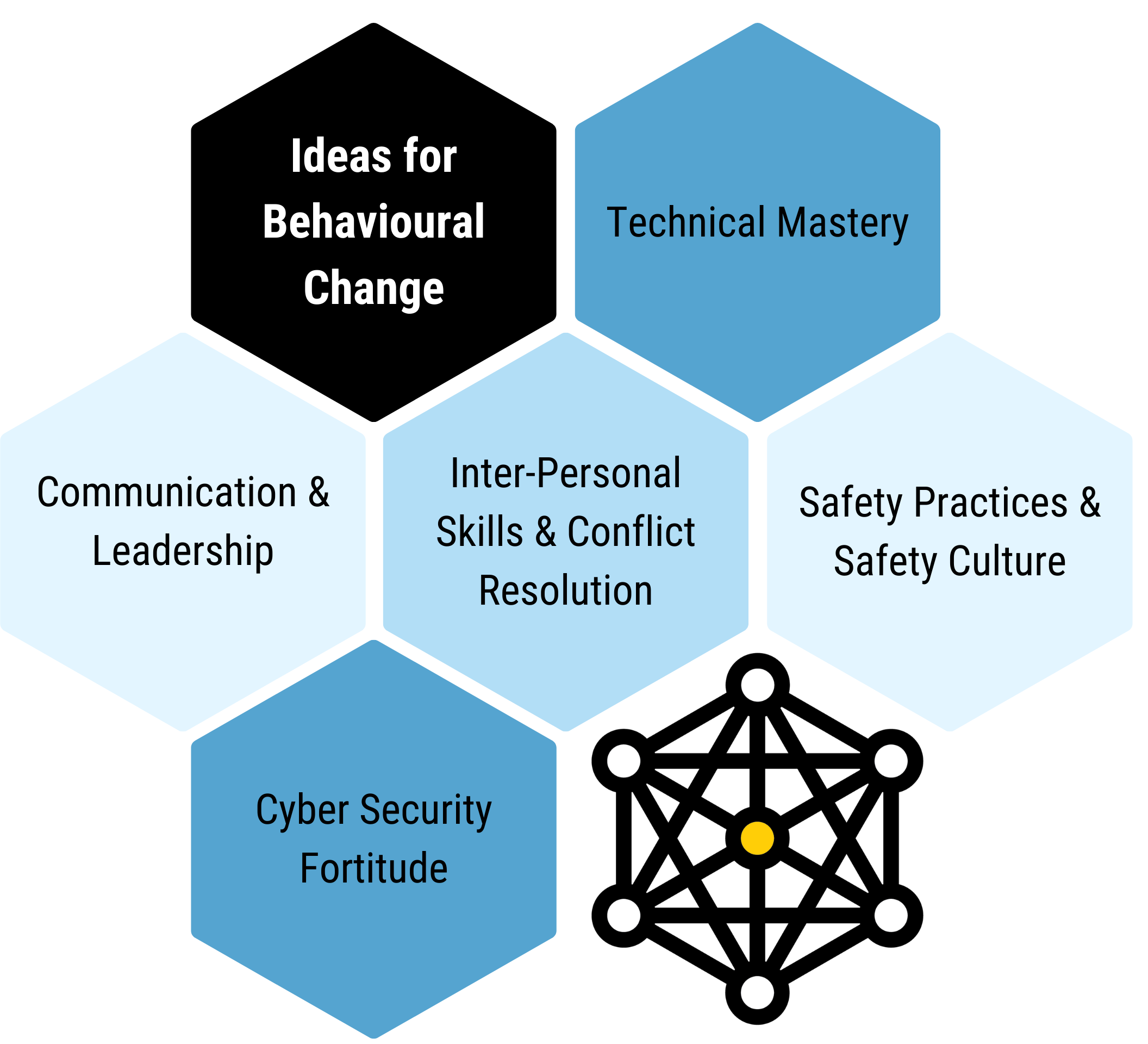 Experience Transfer Can Trigger a Desire to Change

Suppose you’re taking a safety course. Maybe you need it to meet a compliance requirement. Maybe you’re really interested. Either way, your instructor will probably tell you stories about times when things went wrong, and people got hurt. Remember Stephen Grosz and his book? He says that “People don’t change because they are frightened. They change because they are haunted.” But how do we make someone feel haunted?

The Haunting Power of Loss

Humans feel haunted when we hear about a powerful loss. This could mean a loss of life, a loss of respect, a loss of power, or a loss of money. Losses are painful. Even just thinking about it releases stress hormones and makes us feel panic. To avoid having to think about loss, our brains have created a simple belief system. We carefully wrap ourselves up in the belief that loss won’t happen to me! On the other hand, when we DO hear stories of loss, our hormones go wild and our body fires up. Our brains start rehearsing for future losses, because our brains are programmed to use stories as practice for future situations.
When we are told a story about loss, we are forcing our brains to examine our simple belief system that loss will never happen to us. We are even accepting the possibility that a future loss could be our fault! This makes us feel haunted by the possible consequences of our future actions. A haunting experience contradicts the beliefs our brains have carefully created to protect ourselves from loss.

A haunting experience contradicts the beliefs that our brains have carefully created to protect ourselves from loss.

Workplace Belief Systems Can Save Lives

In the construction industry, trench safety protocols are supposed to lessen the risk of a worker being buried alive. And yet, 45 people a year die from cave-ins on a worksite. When we hear a story about the death of a construction worker because of a profits-before-people manager or a company with a bad safety culture, we may feel fearful or even angry. But when the full experience is transferred to us, the whole story, we are confronted with the prospect loss because we can imagine being in the situation and we feel haunted.
Meet Jennifer. She has a decade of experience in trench construction. She proactively submitted a request for a trench safety equipment but it was ignored. She refused the unsafe work request, but her manager pressured her into it. Jennifer was buried alive in that trench, and she died. She left behind an 11-year-old boy who loved dinosaurs and a 14-year-old girl who had just won a robotics competition. When we learn the details of the story, we feel the humanity and the loss that her family experienced. We think to ourselves “That could’ve been me. Or my sister. Or my friend.” After placing ourselves in her steel-toed boots – in her life – workplace safety becomes more important to us and we fight hard to protect our families from experiencing her family’s loss. Our beliefs change. Our behaviours change. Our workplace improves. 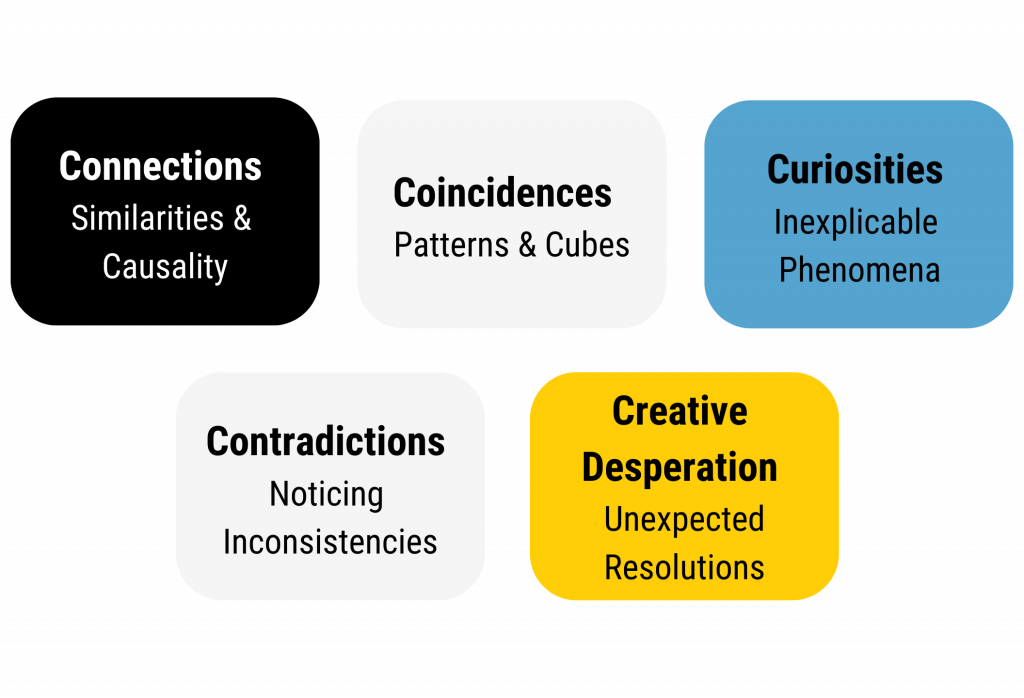 You’re about to participate in the story of 23-year-old Peter, a young hydrogeologist. As you put yourself in his fancy leather shoes, you are using all five strategies to gain insight. You will form connections between yourself and Peter. You will feel curiosity about how his story ends. You will enlist your inner detective to make predictions. You may experience a contradiction to the ending you predicted, and finally, you will experience Peter’s creatively desperate solution with wild consequences. Here is his story.
Let’s Play!
Scene 1
Peter recently graduated from university and landed a great job. He is extroverted, popular, charismatic, and a casual cigarette smoker. He attends a Tuesday evening birthday party with some friends, even though he has a big presentation on Wednesday afternoon.

What would you do in that situation? Make a connection to Peter by picturing your best friend or spouse or sibling. What if it was their birthday?

Scene 2
Feeling hungover the following day, a client asks Peter to visit their site. They suspect a natural gas leak coming from the storage tanks. Overconfidently, he agrees to a quick visit on his way to the presentation.

Are you curious about what happens next? Would you go if you got that phone call? Or would you let a colleague go? What if the client asked for you specifically, and you wanted to selfishly protect the relationship?

Scene 3
Peter was not expecting the technical challenge he faced when he showed on site. He was distracted, in a hurry, young and had an attitude of invincibility. He also couldn’t read the instrumentation around the tanks.

What creative solution does he land on, arising from desperation and overconfidence? What do you predict?

Scene 4
He reached into his pocket, pulled out his cigarette lighter, and caused an explosion that landed him in the hospital for 3 months, nearly killing him entirely.

What insight have you gained from that story? How does it make you feel about igniting a spark around your furnace or your gas fireplace? If participating in that story has shifted your personal worldview, then it has also changed your future behaviour.

Thomas Kuhn might be the most respected philosopher of science of the twentieth century. He invented the idea of a ‘paradigm’ and how to shift it. He says that if a paradigm appears to solve problems well, then a person will fight against alternatives. For example, when you drive a car, you may turn right by watching for a gap in the cars coming from the left, then checking for pedestrians on the right, then turning right. That would be your turning-right paradigm. If someone suggested that you should change it, you would resist. This is called Risk Homeostasis.

The opportunity for change happens after a crisis – it happens the first time a cyclist tries to go straight alongside your passenger door and you turn into their path and knock them to the ground. After that experience, your new turning-right paradigm includes a right-side shoulder check for cyclists. Kuhn says that when a crisis happens, people begin to see that their current paradigm isn’t working. They open their minds and slowly begin to gather new observations, which, in turn, help to shape a new paradigm. After a truck driver tips sidewards into a ditch, the other drives are more careful for a few days. But without any reinforcement, they revert to their old paradigm. After an engineer makes a terrible mistake, there is an improvement in quality control for a while. But if the reviews are not catching errors frequently, people forget how important these checks are.

The question every company wants to answer is “how do we create crises frequently and safely?” Well, good news! If we know the paradigm we want others to follow, then we can use experience transfer to contradict any other paradigms that we want people to dismiss.

Let’s review what we have learned so far. 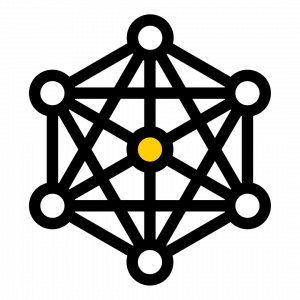 That’s a lot to ask out of workplace training. We’ve made it easy. OntheJob is an experience transfer software platform. We help our customers and partners create gamified scenarios intended to create positive behavioural change. Every scenario places the learner in the shoes of the storyteller, leaving them haunted, curious, and awakened.
At OntheJob, we can package deep workplace insights and transfer them to others. When learners put themselves in a situation, they experience ‘Aha!’ moments. We can capture a coveted commodity: wisdom. OntheJob’s software works to boost existing workplace training, not to replace it. It is designed specifically for experience transfer. Each story is told scene by scene, just as the storyteller experienced it. After every scene, the learner has to think critically and apply course information. The stories are haunting – injuries, deaths, lawsuits, losing lots of money, being fired, etc. They make learners curious about how they might have handled the situation differently. The games are intended to be played in only 10-15 minutes, as short refreshers. Participating in these frequent crisis situations will lead to real behavioural change.

Workplaces send you to training to change your behaviour. Companies spend a lot of money and work hours on courses. But those courses alone will not change the way you act in your job. Not without experience transfer! New experiences haunt learners with stories of loss. They stir up curiosity. They shift people’s paradigms. When learners learn theory, it is forgotten; when they hear a story, they remember it; but when they become the storyteller, they change their behaviour.
Connect